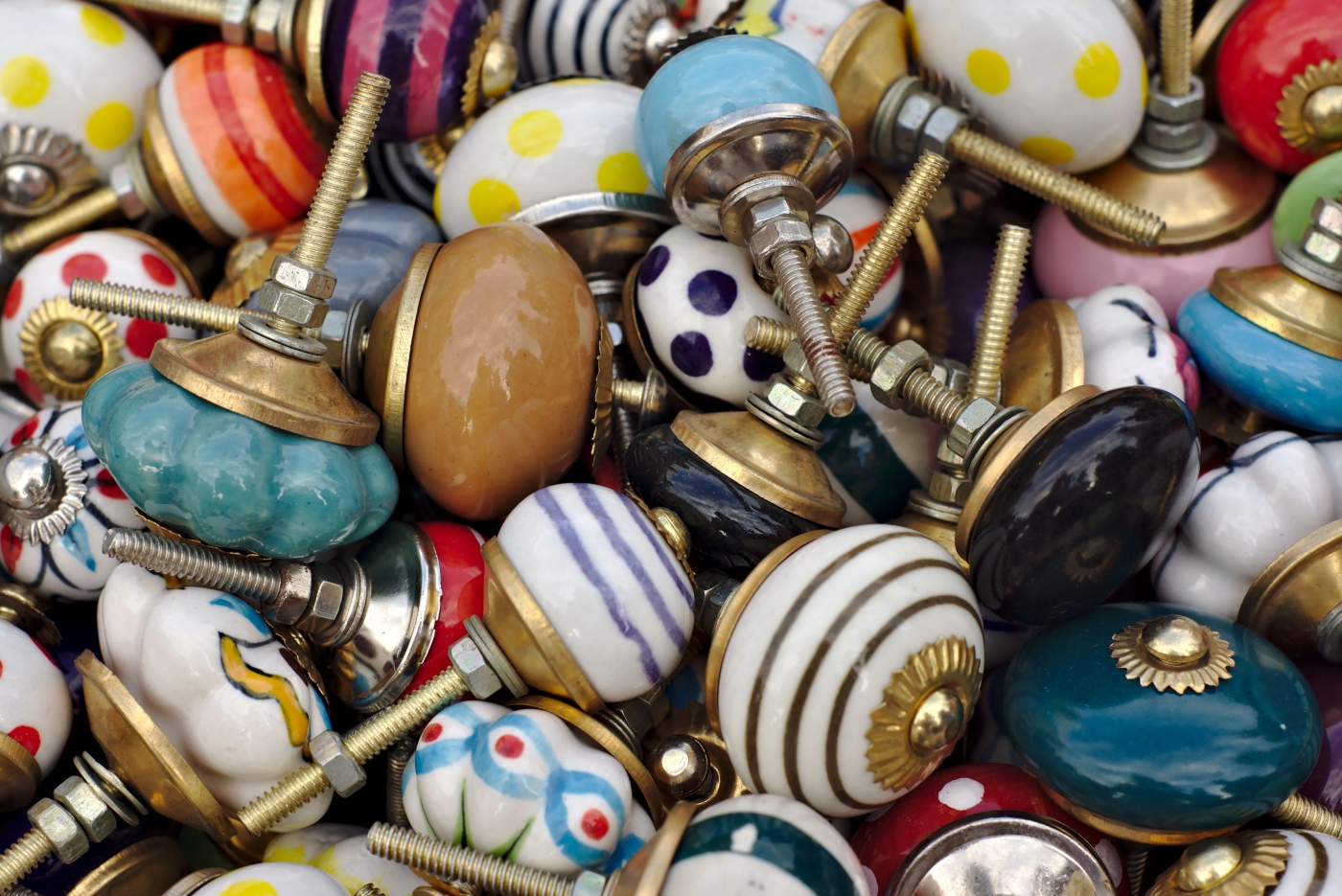 We are a society of Materialists. A sentence most of us heard more often than once. Especially when you are living in the global north, there is a never ending pile of things one could need and want and buy and carry home in bags and receive in parcels.

This lifestyle also shows in the official numbers of the worldwide material use*. In average a person in North America has a material footprint of more than 25 tons, and someone from Europe of nearly 20 tons per year. The material footprint does not only account for what things and materials we actually use by ourselves, but also those that were necessary to produce these things. If I buy a laptop, I do not only use up 1 or 2 kilograms of resources. There was much more material needed to finally produce it.

Following an average European lifestyle, this means, that every year I could turn around and would find behind me a pile of 20 tons of materials and stuff I directly and indirectly used in this world. But if I look around in my flat I can’t see 20 tons of materials. So where is it now? Let’s hope for a second that all of that was recycled and is now re-used or went back to the environment as a natural part of it. But I know that it is not like that. I have no idea what resources were used up to produce my belongings, like my phone or my hand bag and I don’t know if any of them were recycled. I do some recycling at home, separating paper, glass and aluminum. But thinking of 20 tons, that’s peanuts. So there is just one option left: A great part of these 20 tons went to waste. It is not only a pile of 20 tons behind me, it is a pile of 20 tons of junk. Mostly I have no idea where the materials in this pile came from and what influence the extraction of it has on the local population or the environment. And as well I have no ideas where all the stuff is going the moment it is “used up”.

Let’s step back and take a look at that sphere where we can keep an overview – our personal lives: Here I observe not only the amount of stuff we are using (up) every day, but also the shortness of time in which a thing enters my life and exits it again. I especially observe it with food and do not talk about the organic matter (It’s clear that it enters me and exits me at some point), no, I am talking abut the packaging. After a typical office lunch which I got at the supermarket I look around and see a heap of plastic, paper and tin foil. This is material that I brought into my life for ten minutes and after I toss it, some of it will stay around in this world until my grandchildren’s grandchildren are dead.

And whats about all those things we buy and own, that we do not really need. I am not becoming a minimalist hear, considering that we don’t need anything else than a toothbrush and two underpants. When I moved into my first flat all my relatives were so happy to present me with kitchen stuff that they didn’t want anymore. They meant well, but I ended up with three cherry stoner, two fondue sets and a ridiculous amount of orange peelers (it was one, but that’s already ridiculous to me. Use a fucking knife). Those are good examples of things, that first we thought we would need, or at least ads told us so; things we thought would inspire us to make delicious cherry orange pies and have romantic dinners with our loved ones. But in the end they are stored away in a cupboard, forgotten until someone moves into a new home.

Yes, looking at the amount of stuff we use up and leave behind in this world I would call myself and many of my fellow citizens Materialists, gathering stuff around us, throwing it out again without a thought. But then I saw something that changed my mind.

I just had this phase where I was so much into watching documentaries. Scraping Netflix and Youtube especially for documentaries about humans and their everyday lives. One day I came about this old documentary from 2001*. At first glance I thought it would be one of these “hoarder documentaries” where they pretend to help people, but in actually the only thing they do is exposing them to the audience.

The documentary was about an older man, around 60, who lives in a house surrounded by a garden. Every centimeter of it seems to be filled with stuff. The house is filled with old newspapers and plastic bags, old pictures and anything you can imagine. In the garden one can find all those things other people throw out: old furniture, auto parts and old garden tools. The owner, he appreciates all of it and hardly anything is worn down enough to be thrown away – everything is valuable and useful to him. We follow him around on a tour through is village. On the side of the street he finds old chairs that the previous owner wants to get rid of. Some of them a slightly broken and some are perfectly fine despite of looking worn out. He can’t understand why someone would throw away such perfectly fine and working furniture. So he collects it and brings it home for further use. Later he puts one of the chairs to a bus station, in case there are not enough seats for the tired people.

This man couldn’t throw anything out, because he appreciates every little piece he owns as if it was a living thing. He was thankful for everything that was given to him and out of respect he wouldn’t waste any of it.

When I first saw the pictures of his house I thought of it as one of the typical hoarder houses, stuffed as far as possible. But after watching the documentary I see it as the last refuge for things in our society.

And so I thought to myself: This man is a true Materialist. He is aware of the things that enter his life and doesn’t just take them as given. He appreciates and takes good care of them.

Looking back at the typical inhabitant of the global north, I now know that we are no Materialists. We don’t care about our stuff. I don’t care about 20 tons that are left behind me every year.

So what is the message behind all of this? I am not sure yet. This video made just think so hard about my own life and my relation to the stuff I own. It as well serves as a narrative behind the plan to live without furniture. I am not sure if a more conscious relation to the things we own would lead to a more sustainable lifestyle. I only know for myself that I don’t want things keeping slipping through my fingers without further notice. I want to know my stuff and appreciate it’s beauty even if it is just an old coffee mug or a simple pen. Using something means to get to know something – and this is the first step of taking responsibility.